(a subsidiary of Headless Household) 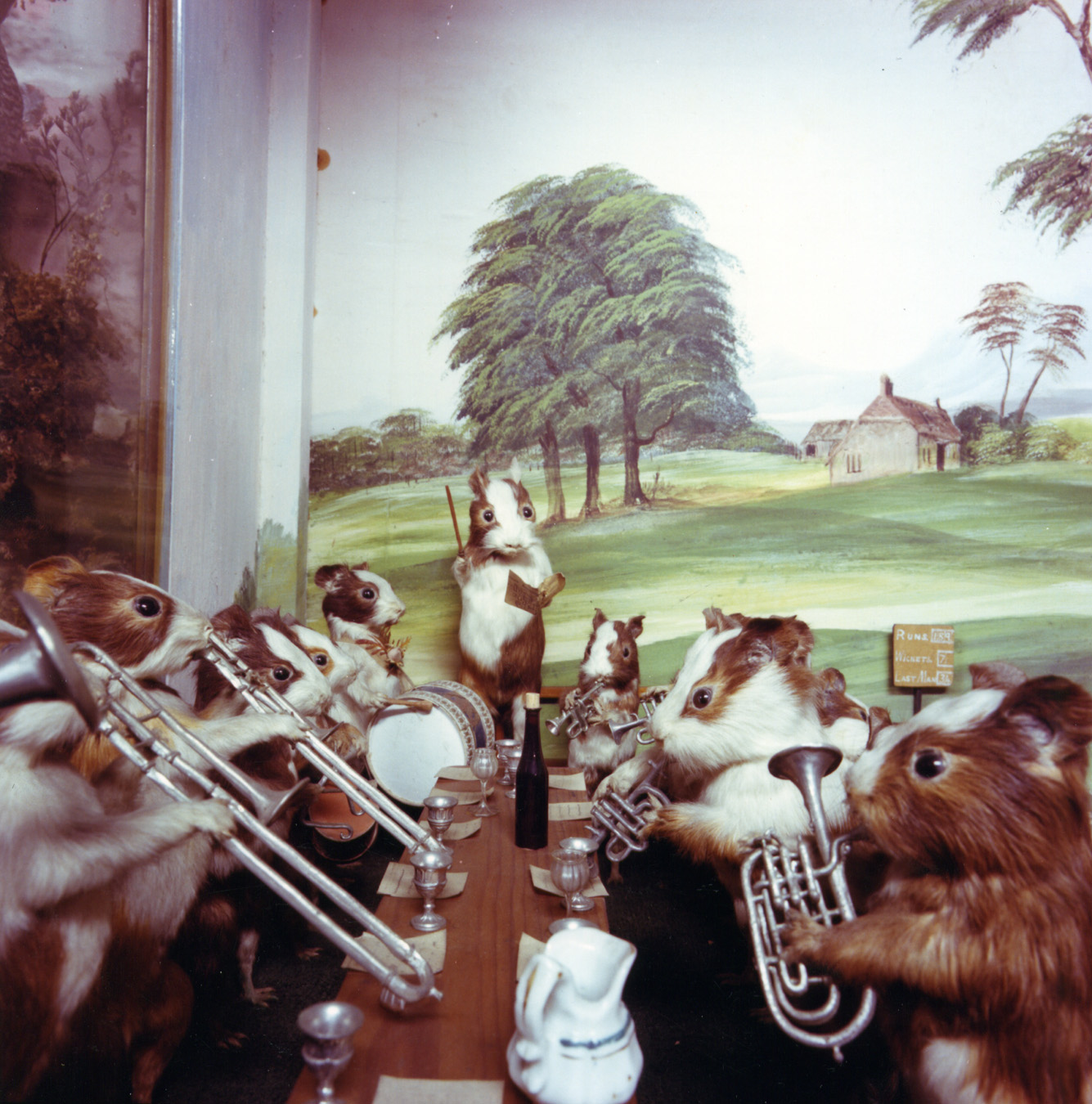 In 2003, as part of its 20th anniversary as a band, the eclectic band Headless Household went deep into the business of polka, as theme, variation, and landing strip. "post-Polka" was an album of songs from the polka end of the the band's large songbook, and one of the more popular of the band's so-far seven CDs. In 2009, a splinter band now called post-Polka was officially launched, focused on the Headless polka tunes, with new tunes, gigging and recording its future. Polka was alway part of the Headless Household pantry--along with elements of jazz, free improv, surf music, lyrical ECM-ishness, noisephonics, soupy balladry, faux Euro sounds, C&W, and, of course, polka. That tendency revealed itself on the 1987 debut album, with the tune "Isle of Hugh."

post-Polka's idea of polka revolves around the conviction that polka is a great music, and a style easily molded into new, experimental forms, with humor sauce on the side. Sincerity and slipperiness add up to a new polka house blend. Noted photographer Richard Ross, who has kindly supplied the two previous Headless Household CD cover images (Free Association and mockhausen) lends his weirdly perfect, dream-colored cover image to the project.

The musical map of post-Polka includes more-or-less straight polka tunes ("Days of the Week," "A World Without Polka," "Spencer the Polka Dispenser"), but also touches of cumbia ("Puck's Polka"), a moody art-pop-polka number ("Moderate Moderation"), an actual waltz ("Of Waltzes"), and instrumental side trips ("Wyatt's Burp," "Picture of Health," the digital deconstruction piece "Divertimental" and the surprisingly tender closer, "Bolka"). Also included are two tunes ("We're On Another Level," "Turnip of the Year") from the musical Turnip Family Secrets, by Joe Woodard and Michael Smith.

The album's two-year recording process unfolded first at the popular and now defunct Riviera Studios, with Wayne Sabbak at the helm. Later, operations moved up to the studio-with-a-view known as The Tompound. The core band (Dick Dunlap, keys, Tom Lackner, percussives, Chris Symer, bass, Joe Woodard, guitar/songsmithing) got plenty of help from gifted guests. Lead vocalist Julie Christensen's diverse resume includes work with her band Divine Horsemen, vocalizing with Leonard Cohen, and her own solo recordings. Here, she latches onto the polka spirit heartily. Glen Philips, formerly of Toad the Wet Sprocket and now of Glen Philips, sings in a moody-cool voice on "Moderate Moderation" and "Of Waltzes," and Spencer Barnitz sings bouncily on the sort-of custom-made "Spencer the Polka Dispenser." Ellen Turner, Allegra Heidelinde and Shelly Rudolph are designated as vocal "polkettes."

In short, it was a time-released polka party posse. Thanks for listening. Hope ya' like it.

Pig in a Polka

Woe to Him (Who Builds His House on Salty Sand)