An indescribable, yet quite delectable melange of ideas at once musical, theatrical and metaphysical, this long-worked-at project is the prodigious brainchild of conceptmeisters Robinson Eikenberry and Bruce Winter. A para-rock opera with gothic and comic overtones, The Matrix Has Inverted speaks for itself, in a language you've never quite heard before.

Fringe Deities, The Matrix Has Inverted 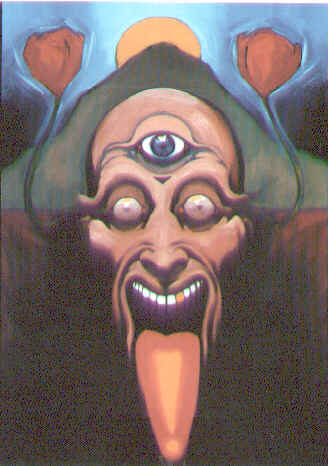 "The Matrix Has Inverted" is one of those discs that's so energetically, committedly peculiar, it's impossible not to love it. That love might not come at first listen; the odd mixture of sci-fi voice bits, skewed religious music, off-center opera and head-banging rock takes some getting used to. Imagine a Bizarro-world rock opera. Or don't, it's up to you. The whole thing centers around the fact that the Matrix (don't ask) has inverted (I've no idea), and that this is a fairly bad thing, or perhaps not, depending upon your perspective. It also involves Joy and Suffering, but perhaps only superficially. This loosely-overarching concept allows room for peculiar country-western songs, folk songs and a lot of stuff that sounds like cheerful nose-thumbing in the general direction of Styx, Queen and others of their ilk. After several listens, I still haven't figured it out, but I love it.

"The Matrix Has Inverted will have you sinking in your chair with your mind wandering in some distant place. Before you know it, you’ll be awakened by some head-banging guitar riffs. The diversity feels as if you’ve wandered from the World section to Opera, from Classical to Rock, passing through the Country section only to land in a section that can’t be labeled." --Rob Dalley, Santa Barbara Independent